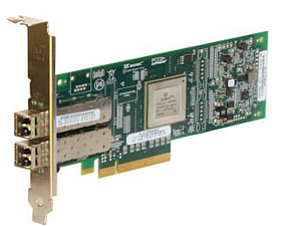 Orange County’s two publicly traded rivals in the networking equipment market posted solid quarterly reports Thursday after the close of trading, but one of the company's projections for the current quarter caused shares of its stock to fall in Friday trading.

Aliso Viejo-based QLogic Corp. posted revenue of $140.2 million in the December quarter, up 17.3% from a year earlier and beating Wall Street expectations of $137.5 million.

Adjusted profits hit $31.6 million, up 23.5% and beating analyst estimates of $25.5 million. Investors seized upon the strong performance, sending shares up 8% in afterhours trading Thursday and another 2% Friday to a market value of $1.15 billion.

The company reported revenue of $111 million, down 9.6% from a year earlier and beating analyst forecasts of about $108 million. Adjusted profits topped $17.8 million, down 2.8%.

Wall Street was looking for adjusted profits of $13.4 million.

The company provided a revenue and adjusted profit outlook in the current quarter that caused the stock to tumble in early Friday trading. It projects sales in the March quarter in the range of $97 million to $103 million.

Analyst on average forecast sales of about $100 million.

Adjusted profits are projected to be in the neighborhood of $7.8 million to $10.6 million.

Emulex shares were down 7% midday Friday to a market value of about $447 million.