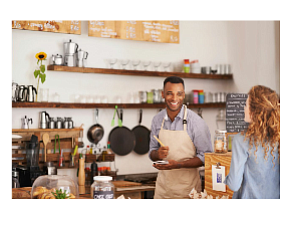 The Irvine Marriott is set to be one of the hotel chain’s first two sites to cultivate a new restaurant idea under a program for chef-entrepreneurs, Bethesda, Md.-based Marriott International Inc. said.

The program is called Canvas, and will accept ideas from would-be entrepreneurs via a website through January 16. One chef will be chosen and given kitchen space and other resources--including the 500 square foot former private dining room--at the Irvine Marriott to develop the idea.

Irvine is the only California hotel chosen so far, with a second site in Phoenix and a third at the J.W. Marriott in Shenzhen, China. Similar programs might be held at a dozen other Marriotts over the next six months, the company said.

It also plans to make the Canvas program part of its marketing with documentary “webisodes” about participating chefs.

The chain will evaluate the overall program after six months to decide whether to implement ideas developed under Canvas at other hotels in the chain.