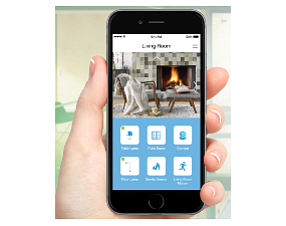 Irvine-based home-automation technology provider Insteon has gained Nest certification and launched a program for developers to build software applications for its products, the company announced Tuesday in Las Vegas at the world’s largest technology convention.

The company used International CES, formerly known as the Consumer Electronics Show, to promote its latest alliance with a major technology player. The certification with the maker of the Nest Learning Thermostat allows users to remotely control the smart device through the Insteon Hub with an Apple, Android or Windows smartphone app.

The company is backing Nest’s Rush Hour Rewards program, which will give Nest thermostat owners the ability to automatically turn down or off during peak-cost energy times any home product controlled by Insteon.

Insteon also has a distribution deal with Microsoft Corp. that has grown to 52 retail stores. The relationship was strengthened when Insteon in July announced that its Windows 8.1 smartphone app would integrate Cortana, a Microsoft-developed “digital assistant” that allows users to control home appliances and other electronics through voice commands.

Insteon also has a role in Apple Inc.’s developing HomeKit platform, which is expected to allow users to control locks, lights, cameras, doors, thermostats, plugs and switches at home from a single iPhone app.

The strategic relationship with the tight-lipped Cupertino-based company, reported by the Business Journal last month, could be a boon for Insteon, whose president and chief operating officer, Joe Gerber, said has developed a HomeKit application and related hardware.

“It’s a very important relationship,” he told the Business Journal, declining to discuss specifics of the deal. “This was a wonderful validation in the work that we’ve done and the work that we’re doing.”

Apple retail stores don’t carry Insteon products, but that could change with the HomeKit release.

The developer program allows designers to build consumer apps to create a range of environments in Insteon-powered homes, environments accessed through the Insteon Hub, the central controller for connected devices in a home.