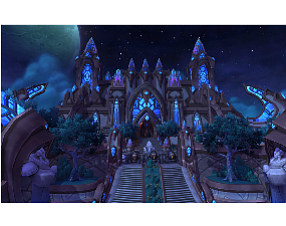 Blizzard, a unit of Santa Monica-based Activision Blizzard Inc., posted revenue of $531 million, up 85% over a year ago.

Online subscriptions, its largest source of revenue derived from the World of Warcraft franchise, rose 94% from a year ago to $685 million.

The strong gains were fueled by the November release of its latest WoW expansion, “Warlords of Draenor,” which sold more than 3.3 million copies in its first 24 hours on the market. The hot start pushed the company’s subscription base past 10 million players, a milestone it hasn’t hit in years.

The popular fantasy role-playing game has had gradual subscriptions declines over the years as gamers spend more time and discretionary dollars on other forms of entertainment.

Blizzard’s first free-to-play title, the collectible card game “Hearthstone,” is another hit with Blizzard faithful, topping more than 25 million users since its March release. The game is estimated to bring in about $40 million per quarter through gamers pouring in real money to purchase special card sets and accessories to boost performance.

Digital revenue hit a record $2.2 billion, or 46% of total revenue.

Activision shares are down more than 7.2% in after-hours trading to a market value of $15.69 billion after the company indicated that revenue and profits are expected to dip this year, “given the significant weakening of foreign currencies versus the U.S. dollar.”