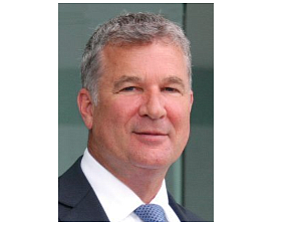 Vertin, 62, has been with Pacific Mercantile since 2012, held executive roles at Silicon Valley Bank, and worked at the Irvine-based private equity firm and bank adviser Carpenter & Co., PacMerc’s majority owner.

His unit has helped move the bank to a “commercial banking, relationship-based model … growing our customer base of small- and middle-market businesses,” said Pacific Mercantile Chairman Edward Carpenter in a statement.

The moves have transitioned PacMerc away from a previous focus on real estate lending.

Carpenter said “the condition of the Bank has improved dramatically” under Buster with “the resolution of a large volume of problem assets, the return to profitability, the termination of legacy bank regulatory enforcement actions and the development of a long-term strategic focus that has positioned the Bank for future growth and profitability.’

Pacific Mercantile is among the largest commercial banks with headquarters in Orange County, with assets of about $1.1 billion as of the end of its third quarter in September.