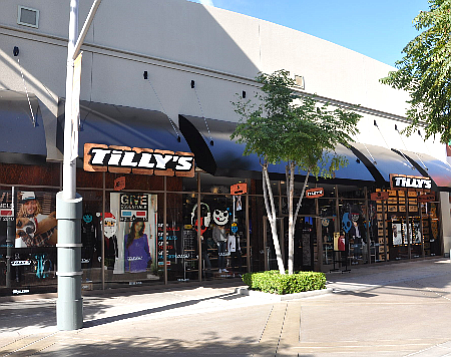 The Irvine-based apparel, footwear and accessories retailer’s net sales were $130 million for the quarter that ended Aug. 2. That’s up 6% from $123 million for the same period last year and roughly in-line with analysts anticipated revenue of $130.3 million.

Tilly’s shares were up about 4% in midday trading Thursday to a market cap of about $237 million.

The retailer, which also operates the tillys.com e-commerce website, opened three new stores in the second quarter, bringing its total to 216. Its same-store and e-commerce sales increased 0.5% compared to the same period in 2014.

The chain is “encouraged by sales trends so far in August, reflecting solid execution of our merchandising, inventory and marketing strategies,” President and Chief Executive Daniel Griesemer said during Wednesday earnings call.

The company expects third quarter same-store sales growth to be in “positive low single digits” and net income per diluted share to be in the range of 12 to 16 cents.