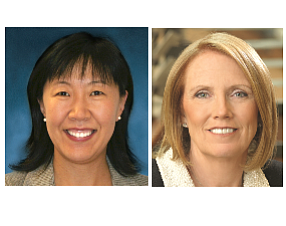 Jean Hu, who served as interim chief executive from May 2013 to February 2014, will again take the helm. Before that, she’d had vice president and chief financial duties there since 2011 and will retain those roles. She replaces Prasad Rampalli as chief executive.

Rampalli, who’d held the post since February 2014, resigned “to pursue other opportunities,” the company said.

QLogic, founded in 1994, has now made three chief executive changes since the abrupt resignation of Simon Biddiscombe a little more than two years ago.

The company makes switches, adapter cards and other electronics used to speed up the flow of data.

She replaces George Wells, a QLogic director since 1994 who’d held the top board seat since June 2014.

The latest development comes as civil rights and labor activists continue to push technology companies to hire more women, blacks and Latinos and develop more diverse management teams. The early evidence points to a wide ethnic and gender gap in technology companies from the engineering ranks to the executive level.

QLogic shares are up 1.6% in early-afternoon trading to a market value of about $815 million.