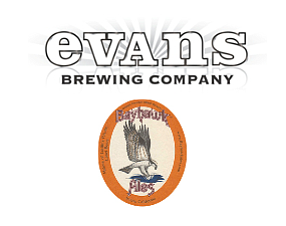 Evans Brewing Co. Inc. in Santa Ana said in a regulatory filing it plans to buy Bayhawk Ales Inc. in Irvine and to exchange shares in Evans, one-for-one, for those in Bayhawk.

The S-4 filing with the Securities and Exchange Commission follows several months of the two breweries’ efforts to form a partnership and rebrand Bayhawk.

Evans was formed in July 2013 by Richard Chiang and sold in April 2014 to a trust affiliated with Michael Rapport for $40,000, according to the S-4 filing. Michael Rapport and his son Evan operate Evans.

Bayhawk was formed in 1994, produces seven beers and seasonal offerings for restaurants and retail locations, and has about 1,000 shareholders, according to its website.

Its 4.5 million shares were valued at about 42 cents each three years ago, and Michael Rapport controls 2.8 million of the shares, an Evans spokesperson said.

Evans Brewing Co. plans to operate the microbrewery as a public company on the OTC markets, the statement said.

A trade journal in July said the new company plans to transition product labeling from Bayhawk to Evans and build a new brewery in Southern California to increase production.

The “vote on the proposed asset purchase and share exchange is an important milestone for EBC and for Bayhawk shareholders,” said Mike Rapport, Evans chairman.

The two companies are on Main Street near John Wayne Airport.