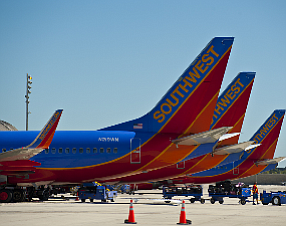 Take-offs and landings for commercial flights declined more than 6% to 6,700 in August, from about 7,150 last year.

Passenger counts on international flights declined to about 24,000 in August, down approximately 37% from a year earlier. The declines stemmed mainly from the recent move by InterJet to end service to Mexico.