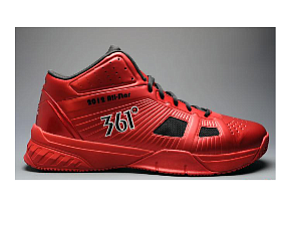 361 Degrees International Ltd., which bills itself as second-largest athletic brand in China, has chosen Irvine for its North American headquarters.

The brand hired several executives with recent ties to Asics America Corp.—another athletic based in Irvine.

“We are building a brand in the U.S. from the inside out,” Monahan said in a statement. “Our goal is to build quality performance product through extensive research and development while paying attention to the demands of the consumer. Our success in the United States will contribute to 361 Degrees becoming a top five global sports brand in the future.”

361 Degrees USA said it plans to offer a variety of athletic and lifestyle footwear and apparel for men and women, which will be available this winter, with a full collection following in spring.

The brand will launch its first marketing campaign next month, focused on out-of-home media featuring the NBA’s Cleveland Cavaliers’ Kevin Love as well as other traditional and digital initiatives. Love is also 361 Degrees’ brand ambassador in China.

The apparel and footwear company was founded in 2003. It is traded on Hong Kong exchange and has a market value of about $592 million.