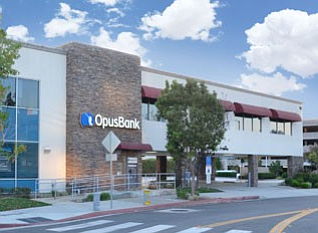 Shares of Opus fell about 7% Monday and are trading about flat Tuesday morning.

Opus reported about $33.7 million in net interest income in the third quarter, up nearly 8% from the same period last year.

It had $3.9 million in noninterest income, versus $1 million a year ago.

Opus is one of the largest banks with headquarters in Orange County. It had $4.7 billion in total assets at the end of September, up 36% year-over-year.

The bank originated about $1.2 billion worth of loans through the first nine months of this year, versus $801 million during the same period last year.