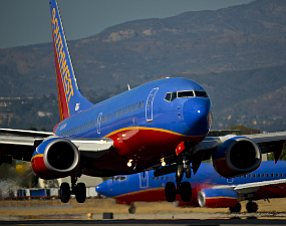 John Wayne Airport reported a 4.3% increase in its number of passengers in September compared with the same month last year.

The increase in passenger counts and dip in flights indicates that airlines are flying closer to capacity.

Airport spokesperson Jenny Wedge said the increase was mostly due to domestic traffic. International travel was down in ongoing fallout from the end of Mexico service by Interjet this summer. Southwest Airlines now is the sole operator of flights to Mexico from JWA.