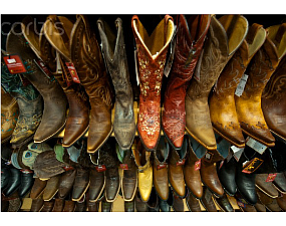 Irvine-based Boot Barn Holdings Inc. has announced details of its initial public offering, including the number and price of shares to be sold.

The western apparel and footwear retailer said it plans to offer 5 million shares at between $14 and $16 each and that it expects to raise $75 million.

Boot Barn said in a September filing that it planned to raise up to $86 million through the IPO.

The company said underwriters have the option to purchase 750,000 additional shares.

“We estimate that we will receive net proceeds ... of approximately $66.9 million,” said the company’s filing with the Securities and Exchange Commission. “We intend to use all of the net proceeds from this offering to repay a portion of our existing term loan facility, including applicable prepayment penalties and fees.”

The company’s stock will trade on the New York Stock Exchange under the ticker “BOOT.” It’s expected to begin trading the week of Oct. 27.

Freeman Spogli is expected to own about 71% of Boot Barn’s common stock after the IPO, the company’s SEC filing said.

Boot Barn had $281 million in sales for the year through June.