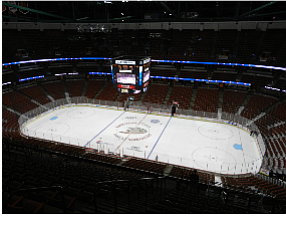 The “reciprocal business agreement” expands Pacific’s current role as the banker of The Rinks’ seven ice skating rink locations to include the Ducks and the Honda Center, said Steve Gardner, Pacific Premier’s president and chief executive.

As part of the deal, terms of which were undisclosed, Anaheim Ducks practice jerseys will feature a Pacific Premier Bank patch and Honda Center’s soon-to-be-renovated Club Level will be named after the bank.

“This partnership gives us the opportunity to promote our brand and wide array of financial services,” Gardner said.