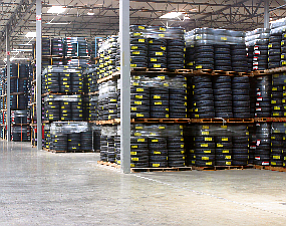 Toyo Tire Holdings of Americas Inc. is voluntarily recalling about 175,000 tires for light trucks, SUVs and vans manufactured under its Toyo Tires and Nitto brand brands, due to potential tread or belt separation.

“In a small number of these recall tires, production variances in the belt package during the relevant production periods may have created conditions that may put undue stress on the belt edge,” according to the company. “This condition may potentially contribute to a tread/belt separation and/or loss of inflation pressure, which may increase the risk of tire failure and a vehicle crash.”

Toyo is aware of two crashes involving the malfunction, according to the Associated Press.