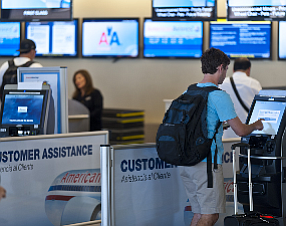 Total aircraft operations, measured by the number of take-offs and landings, increased 23% year-over-year to 24,405.