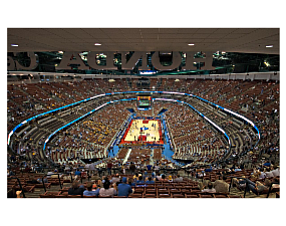 The Honda Center in Anaheim will host the West Regional of the NCAA basketball tournament in 2016, the Division I Men’s Basketball Committee announced.

The winner of the West Regional will head to the Final Four in Houston at NRG Stadium.

The latest designation will be the seventh time since 1998 that Honda Center has hosted March Madness, the culmination of the National Collegiate Athletic Association’s basketball season that pits 64 teams in a single elimination format played out in stadiums and arenas around the country.