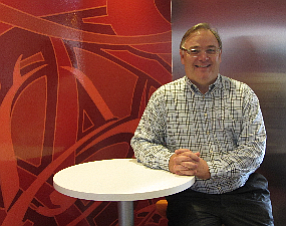 The head of Irvine-based Taco Bell Corp. was tapped to be chief executive of the fast-food chain's parent.

Novak is expected to step down and become Yum! executive chairman at the start of next year.

Creed currently oversees a chain of nearly 6,000 restaurants in the U.S. that recently made a big push to compete with other fast-food chains in the breakfast business. The move comes off a busy set of years for Taco Bell during which time Creed turned around the chain’s sales slump with products such as the Doritos Locos Tacos, along with a rebrand.

Creed last year named former head of marketing Brian Niccol president of Taco Bell to oversee the chain's domestic growth as it seeks to double revenue to $14 billion over the next 10 years.

Creed is set to assume a position that oversees a company with more than 40,000 restaurants across 125 countries with revenue of more than $13 billion.

Yum! shares were trading down about 1% in morning trading Thursday to a market value of $33.64 billion.