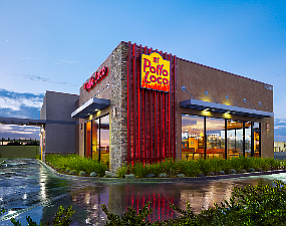 The owners of Costa Mesa-based El Pollo Loco Holdings Inc. are looking to take the company public, according to a report from the Wall Street Journal.

The report cited an unidentified source and did not include any other details.

The company could not be immediately reached for comment.

The chain had systemwide sales of $607 million in 2012, the most recent data available.

Steve Sather told the Business Journal earlier this year that the chain is profitable.