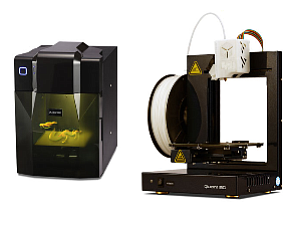 The company, a unit of Downers Grove, Ill.-based Dover Corp., also announced it launched a new brand, Quant 3D, which will focus on 3D printing for the professional and industrial markets.

Dover shares were up slightly in afternoon trading to a market value of about $13.81 billion.

OK International is the latest OC-based company to enter the growing 3D printing market. The segment is forecasted to grow nearly 16% annually to $3 billion in 2019, according to Los Angeles-based market researcher IBISWorld Inc.

Other local companies include Costa Mesa-based Airwolf 3D, which has found early success in the consumer market with its evolving line of 3D printers, and Irvine-based dental laser maker Biolase Inc., which entered the fray last month after signing a deal to distribute 3-D printers for Stratasys Ltd., a publicly traded company in Minneapolis that specializes in industrial 3-D printers.

Biolase will distribute printers to dental offices for prototyping and production, including fabricating orthodontic appliances on desktops.