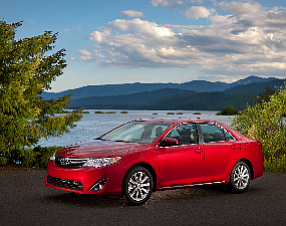 The figures, provided by Newport Beach-based Orange County Automobile Dealers Association, are based on 6,995 new car and 4,599 light truck registrations reported in the county.

Mazda Motor Corp., which has its North American operations in Irvine, saw a 11.9% increase in number of vehicles sold here in October, for a total of 368.

Indian brand Jaguar Cars had a good month as well with 48 cars sold in OC. It led the OC dealer pack with percent change—118.2%.

Kia Motors America Inc. in Irvine sold 503 vehicles through OC dealers, a 9.6% increase from a year ago.

OC’s auto dealers collectively have sold 26,656 vehicles during the first two months of 2014, up 7.1% from the same period last year.