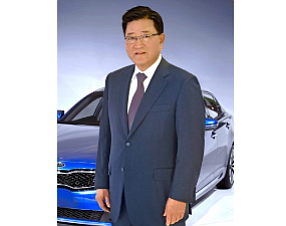 The head of Irvine-based Kia Motors America Inc. and the company's manufacturing arm in Georgia has been promoted.

Ahn previously served as group president and chief executive of the two companies, positions he held since 2008.

Ahn is expected to continue to focus on Kia's long-term, U.S. growth strategy in his new position.

There are no plans to hire an additional executive to fill the position left vacant with Ahn’s promotion, according to a Kia Motors America spokesman. Instead, the promotion is seen as a signal of the growing importance of the U.S. market to Kia Motors Corp., the spokesman said.

Ahn’s appointment comes as the automaker is set to begin rolling out its flagship vehicle, the K900 luxury sedan, to dealers this month.