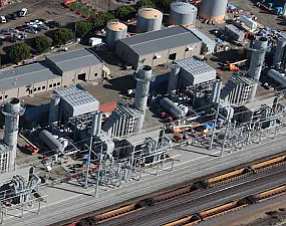 A bankruptcy judge in Chicago approved the sale of most of the assets of Santa Ana-based Edison Mission Energy.

The operation is a unit of Edison International, the Rosemead-based parent of Southern California Edison.

NRG will pay $2.28 billion in cash and $350 million in stock for Edison Mission’s assets, which include several coal-fired power plants and wind and natural gas operations in the Midwest and California. The company’s biggest plants are in Chicago.

Proceeds from the asset sale will be used to pay creditors of Edison Mission, which will remain an Edison International subsidiary for tax purposes.

A proposed legal settlement calls for unsecured creditors and Edison International to split $1.2 billion in federal and California tax credits.

The Federal Energy Regulatory Commission still must sign off on the deal, which is expected to close by late this month or in early April.

Edison Mission blamed its financial problems on a combination of low power prices, high fuel costs and the environmental requirements of retrofitting its coal-fired power plants.