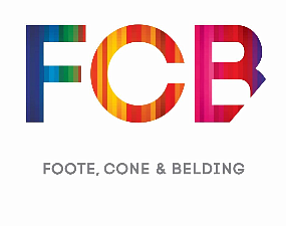 The Irvine office of advertising agency Draftfcb will now be called FCB Irvine as part of a brand-name change announced by global Chief Executive Carter Murray.

“Two distinct brands, Draft and FCB, were merged together seven years ago,” Murray said in a news release. “The entities have united and now have one seamless offering. It’s time to simplify our brand name as well to reflect our focused identity and direction.”

The New York-based global network will be called FCB, which stands for Foote, Cone & Belding. Each office will add the name of the city in which it operates to the three-letter acronym. Some markets will add another aspect to their moniker—the name of an acquired agency in some case, to capitalize on “the local equity,” or an area of expertise, such as “FCB Health.”

FCB Irvine currently has about 30 staffers. It has seen about 20 workers reassigned to FCB shop that opened in Los Angeles last summer. Rahul Roy serves as the managing director of both offices. Their roster of clients includes Irvine-based Taco Bell Corp.

FCB has 150 offices in 90 countries, and is part of the Interpublic Group of Companies.