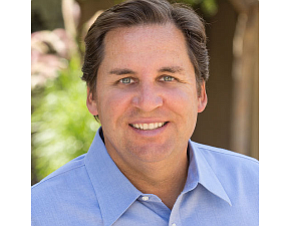 Frost Data Capital, a San Juan Capistrano-based venture capital firm and incubator that focuses on “big data,” has partnered with GE to launch an incubator to foster technology startups.

The joint venture, dubbed Frost I³, will be in San Juan Capistrano and is expected to help grow 30 or so companies over the next three years.

The startups also will have access to various other resources, such as Frost Data Capital’s facilities here and GE’s network of 5,000 researchers and 8,000 software professionals worldwide.

Startup ideas will primarily come from executives of GE and Frost I³, who will work to match startups with the needs of customers, who will be involved in the incubation process from the start. GE and Frost I³ expect to eventually sell the startups to various customers.

“We are co-investing both time and money to create in-demand companies, and then scaling these new companies in an accelerated and highly effective incubation process,” said Stuart Frost, managing partner and chief executive of Frost Data Capital.

Vigouroux said the new approach to building software companies will allow the team to “rapidly create startups that can quickly get products to market in industrial Internet opportunities.”

He defined “industrial Internet” as “the convergence of global industrial systems with the power of advanced computing, analytics, low-cost sensing, and new levels of connectivity permitted by the Internet.”

Frost sold his startup company DatAllegro to Microsoft in 2008 for $275 million and worked with Microsoft for a couple of years before starting the incubator.