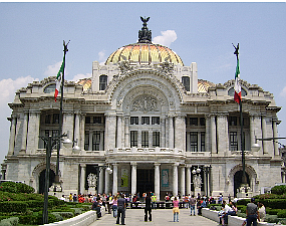 The Irvine-based Orange County Visitors Association said it plans to open sales offices in Mexico City and Guadalajara this summer.

The new offices are meant to focus more of those travelers on Orange County.

They will be the group’s fourth and fifth international offices, joining Dubai, Shanghai and Beijing.

The association is a trade group for 700 hospitality and tourism members.