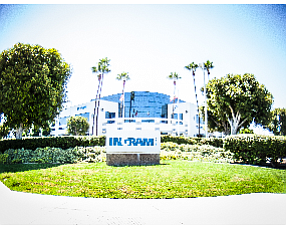 The company, which operates under razor-thin margins, posted revenue of $10.9 billion in the recently ended quarter, up 6% compared to a year earlier.

Adjusted net income hit $86 million, flat from a year ago and above Wall Street estimates of about $80.7 million.

Ingram Micro is the world’s largest distributor of computers, software and other technology products, with sprawling operations around the globe.

Ingram Micro projects revenue in the current quarter to increase in the high single digits year-over-year, with gross margins flat.

Wall Street is expecting an adjusted profit of $97.7 million on revenue of $10.8 billion.

Ingram shares were up about 1% at the close of intraday trading Thursday to a market value of $4.7 billion.