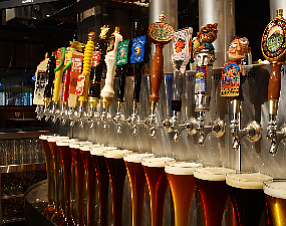 He wants Darden’s board replaced by his slate of nominees at a September 30 annual meeting. New York City-based investor group Barington Capital Group L.P. reportedly has joined with Starboard in this push.

Yard House, which is noted for its craft beers, broad menu and lively atmosphere, currently has 52 restaurants and is poised for more growth under owner Darden Restaurants Inc.

It has seven locations locally.