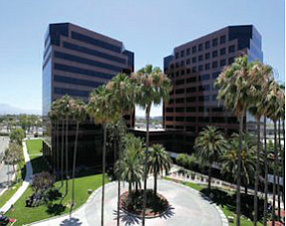 Corinthian Colleges Inc. will get more time to strike a deal with the U.S. Department of Education on plans to wind down or sell schools and programs.

The Santa Ana-based for profit school operator had said it would file the plan yesterday.

The education department said in a statement today that it expects the agreement “in the next few days.”

The department recently allowed $16 million in federal financial aid funds to flow to Corinthian. It had earlier moved to delay access from a typical two-to-three days to as along as three weeks, a move that threatened the company’s ability to continue in business.

The department initiated the delay because it said the company hadn’t cooperated with investigations into Corinthian’s job placement claims and advertising practices. Corinthian said it had cooperated.

Private lenders yesterday said it would allow Corinthian to draw down its remaining $9 million in credit, a decision that apparently cleared the way for extended talks with the education department on wind-down plans.

Observers said regulators are expected to release sufficient financial aid funds to allow Corinthian to implement the plan over time, minimizing the effect on its 72,000 or so students at more than 100 campuses in the U.S. and Canada.

Yesterday Corinthian announced a part of that plan when it said it would sell its Heald College campuses in the next six months.