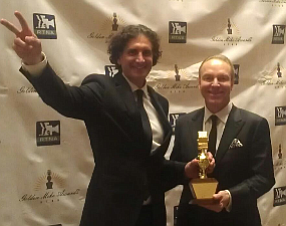 Show producer and anchor Reiff is a former editor and columnist for the Orange County Business Journal, and remains an executive editor with the publication.

SoCal Insider was named best news public affairs program for the third-straight year, winning the honor for an episode that featured a debate over gun bans, a Muslim woman who was forced by sheriff’s deputies to remove her religious headscarf and an interview with Riverside County’s District Attorney Paul Zellerbach.

The show competed in Division B, along with other Southern California stations employing 49 or fewer full-time journalists, administrative, technical and support staff.