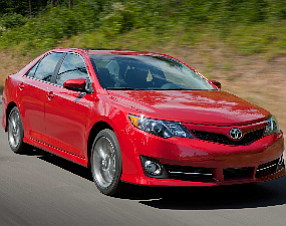 Sales of new cars and light trucks at Orange County auto dealers increased 10.6% in 2013, according to a year-end report from the Newport Beach-based Orange County Automobile Dealers Association.

The report indicated the sales growth was higher than the 7.5% improvement nationwide, but lower than 13.9% increase recorded in Los Angeles County.

The OC sales figures exceeded 7.6% increase projection OCADA made for 2013.

“Orange County new vehicle sales in 2013 were the best since 2007,” said John Sackrison, executive director of OCADA. “We predict continued strong and steady growth in 2014 driven by substantial new products and historic affordability.”

Mazda Motor Corp., which has its North American operations in Irvine, and Subaru of America Inc. posted largest gains in 2013—41.4%, and 38.6% respectively. They had similar increases in December, showing 48% and 32.7% increase.

OCADA forecasts a 6% sales growth in 2014. The group said consumer debt levels and economic concerns were among the factors that would dampen the pace of gains compared with 2013.