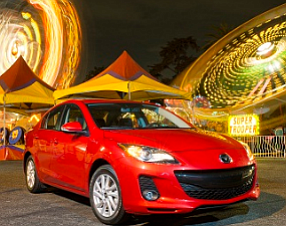 The parent of Irvine-based Mazda North American Operations said its plant in Guanajuato, Mexico, is up and running.

A Mazda3 sedan, made for the U.S. market, was the first vehicle to roll off the assembly line there.

The Mexico plan will make Mazda3s for the U.S., Americas and European markets and will eventually also produce the Mazda2 subcompact.

Plans call for the plant in north central Mexico to reach as high as 230,000 cars annually by the fiscal year by early 2016.

Mazda’s engine machine factory in Mexico is expected to begin producing the SKYACTIV engine in October.