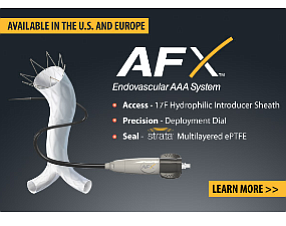 Endologix, a maker of devices to repair aortic abdominal aneurysms, closed down 24% to a market value of $857 million.

The company said that it expected to post a 2014 adjusted loss of $2.5 million to $10.6 million. Analysts expect Endologix to break even this year.

The guidance followed the company’s fourth-quarter results in which it posted a net loss of $3.4 million on revenue of $35.2 million.