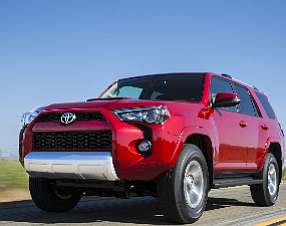 The figures are based on new retail registrations in OC, which included 9,102 cars and 5,960 light trucks.

Japan-based brands accounted for nearly half of last month’s sales here, at 7,485, up 11.6% from a year earlier.

Toyota Motor Corp. led all automakers locally with 2,684 vehicles sold in January, a 12.3% increase from the same period last year. Mazda Motor Corp., which has its North American operations in Irvine, sold a total of 462 vehicles, a 9% uptick. Cypress-based Mitsubishi Motors North American Inc. had 63 sales locally, down 36.4% from a year earlier.

Both European and South Korean automakers combined for single-digit drop in sales, accounting for 3,174, and 1,310 cars sold in the county, respectively.