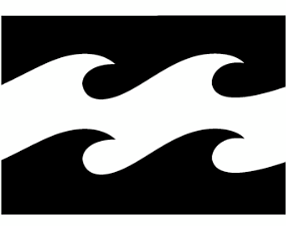 Australia-based Billabong International Ltd. reported results for the six months through Dec. 31 on Thursday, with a $113.7 million loss. That’s narrowed from $483.2 million in red ink in the year-ago period.

Companywide revenue from continuing operations was $519.4 million, down 3.4% in constant currency.

The company's Americas division reported revenue down 7.6%, excluding the impact of exchange rates, to $188 million.

Billabong makes clothes, shoes and accessories under its namesake brand and several others, including RVCA and Element of Costa Mesa and Irvine-based VonZipper. It also has a retail business.

The company’s had a rough past few years with a tough operating environment and a more recent drama that unfolded over the last year-and-a-half that saw multiple bids to buy the company and a number of high-level executive departures.

The company restructured internally, globalizing a number of operations with certain functions such as merchandising and marketing now being centralized with brand presidents or general managers directly reporting to Fiske.

"I am pleased with the progress we have made,” Fiske said in a press release. “But make no mistake, this is a complex, difficult turnaround and the reforms we are putting in place will take some time to flow through to our bottom line.”

The company said it re-signed contracts with the founders of Element and RVCA, both seen as key players in the company’s turnaround strategy and growth, along with the founder of VonZipper.

Billabong International hired Shannan North to serve as global Billabong brand president. North is a former general manager for the Billabong brand’s Asia-Pacific division based out of Australia.

The company also said it hired a new head of human resources as well as an executive to oversee the turnaround office.

The company is still exploring the possible sales of its online retailers SurfStitch and Swell.

Billabong International, which is traded on the Australian Securities Exchange, closed up about 1% on Friday in Australia to a market value of $314.68 million.