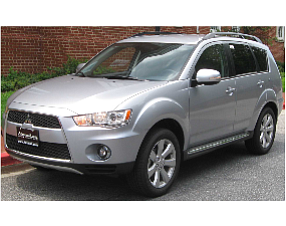 The recall affects model years 2013 to 2015. The Outlander Sport is the Cypress-based automaker’s best-selling model.

Lap-end attachment fasteners for vehicles’ front passenger seat belts may become loose or detached and fail to properly restrain passengers in the event of a crash.

There had been no reported crashes or injuries linked to the recall, according to Mitsubishi.