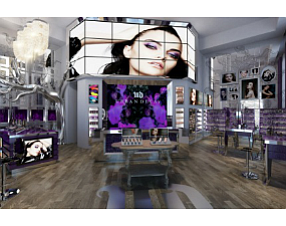 L’Oreal USA Inc. acquired the Newport Beach-based company in November 2012 from private-equity firm Castanea Partners in a deal estimated at $350 million. Urban Decay had sales of $130 million at the time, according to news reports.

The 1,000-square-foot store will feature six makeup areas, a digital video wall and a lounge with a coffee bar, photo booth and a place for men to wait—a “dude station complete with an iPhone charger,” according to the retailer.

“We are excited to celebrate the amazing global success of this local Orange County brand as it opens its flagship store here at Fashion Island,” Stacie Ellis, senior director of marketing for Irvine Company Retail Properties, said in a news release.