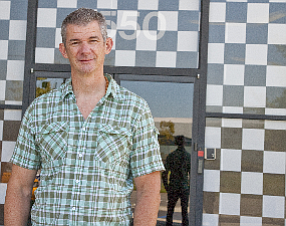 The parent of Cypress-based Vans Inc. said it has promoted the skate shoe company's president.

Greensboro, N.C.-based V.F. Corp. said Kevin Bailey has added duties as president of its Action Sports Americas coalition, which will also include the Reef footwear brand, and luggage and backpack maker Eagle Creek, both based in Carlsbad, along with Vans.

Bailey was named Vans Americas president in 2009 after heading up retail for the brand.

His promotion was announced with several other changes at the top for V.F. and some of its other brands, including Steve Rendle to senior vice president of the Americas, a new position at the company. Rendle previously served as vice president and group president of VF's Outdoor and Action Sports division in the Americas.

The company said in a release Tuesday that the changes are seen as a way to "align business for continued long-term growth."

V.F. shares were up less than 1% in afternoon trading Tuesday to a market value of $26.38 billion.