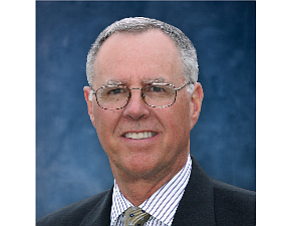 Parker Kennedy has joined the Chapman University Fowler School of Law’s Board of Advisors.

The Fowler School’s 16-member advisory board includes Dean Tom Campbell, and meets four times a year to “evaluate the changing needs of the law school and the legal profession in order to better serve students, professors, alumni and the community.”

“It is a privilege to be asked by Dean Campbell to serve on Chapman University Fowler School of Law Board of Advisors,” Kennedy said a statement. “I am impressed by the law school’s outreach to the business community in Southern California and look forward to contributing to the continued growth of the school and its emphasis on business law.”

Kennedy also serves as a Chapman trustee, follows in his father’s footsteps in supporting the school.

“Park is universally respected in our community, and his family has long supported Chapman University,” Campbell said. “Indeed, our building was named for his father, the late Donald Kennedy. Like his father, Park is generous, public spirited, experienced in business and law and a mentor to many.”