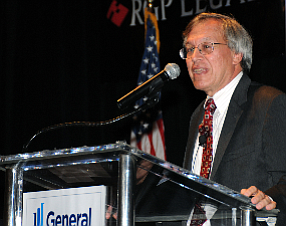 A crowd of more than 500 members of the Orange County legal community turned out to see five of their colleagues honored at the Business Journal’s fourth annual General Counsel Awards at the Hyatt Regency Irvine last night.

UCI School of Law Dean Erwin Chemerinsky served as master of ceremonies for the Sept. 17 event, providing an update on the school’s plan for a Center for Corporate Legal Leadership—an initiative that he unveiled to the public at last year’s General Counsel Awards.

Classes are expected to start next year, according to Chemerinsky.

The evening’s honors went to attorneys in three categories: Public Company, Private Company and Rising Star. The honorees, selected from a field of 33 nominees, included:

The Business Journal will profile this year’s honorees in its Sept. 30 issue.

View the Gallery of photos from this event HERE 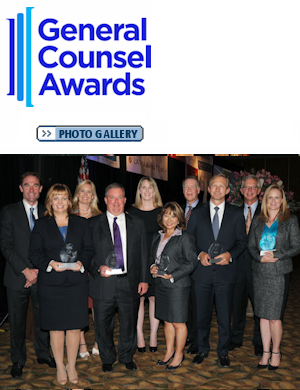