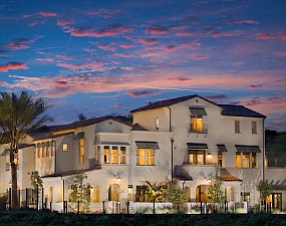 Rancho Mission Viejo LLC got an investment from the California Public Employees’ Retirement System for its next phase of housing development in South Orange County.

The investment by CalPERS, the largest pension fund in the U.S., accounts for a third of a total of $100 million that’s currently backing Rancho Mission Viejo’s latest development phase, according to the developer, Orange County’s second-largest land owner.

Other investors for the development include Scottsdale, Ariz.-based DMB Associates Inc., Upland-based Lewis Group of Companies and J.F. Shea Co. in Walnut.

Rancho Mission Viejo opened the initial phase of its development in June, when the first of an expected 940 homes went on sale.

Sales at the project, called Sendero, are now approaching 200 homes.

About 3,000 homes and apartments are planned for the second, larger phase. The developer said this phase could open in late 2015, depending on market conditions.

CalPERS had $257.9 billion in assets as of the June. It had about $22.4 billion invested in real estate as of the end of March, the latest figure available. The fund had cut back on real estate investments in recent years after seeing losses following the recession.

CalPERS’ investment into the South OC project came through Resmark Cos., a Los Angeles-based advisory firm that manages investments for CalPERS and the California State Teachers’ Retirement System.