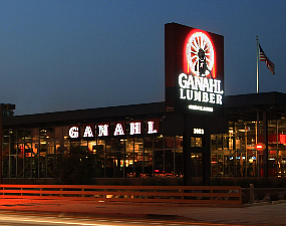 Mark Ganahl of Anaheim-based Ganahl Lumber Co. has been elected president of the West Coast Lumber & Building Material Association for 2014.

The regional association has about 470 member firms throughout California. The companies combine for about 55,000 employees in the state.

Ganahl Lumber has about 600 employees. It operates nine home-improvement stores, including seven in Orange County.