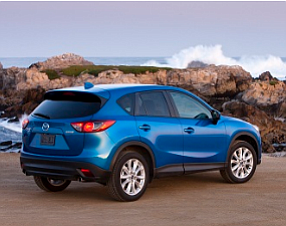 The figures, published in the Orange County Auto Outlook report, are based on new retail car and light truck registrations in the county.

The uptick in registrations follows a similar spike reported for the second quarter.

Hybrid and electric cars and trucks showed the biggest increase in sales so far this year—49%—representing 9% of the market.

Mazda Motor Corp., which has its North American operations in Irvine, posted a 42.9% sales increase, with Subaru of America Inc. close behind at 41.8%. Dodge was up 31.3%, followed by Ram and BMW brands, both showing a 29.2% uptick. Dodge and Ram are brands owned by Chrysler Group LLC in Auburn Hills, Mich.

Toyota Motor Corp. commanded the biggest share of the market—18.6%—followed by Honda Motor Co. Inc. at 13.1%. Ford Motor Company came in third, accounting for 8.3% of new auto sales in the county.

An overall gain in the double digits is unlikely for next year, according to the report.