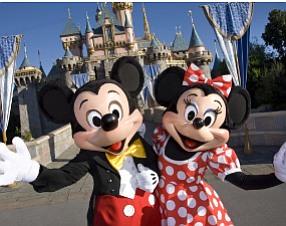 Visitors to the Disneyland Resort in Anaheim will see more of Nikon Inc.’s brand throughout its two gated parks.

The Disneyland Resort in Anaheim is made up of the Disneyland and Disney California Adventure parks, three hotels and the Downtown Disney shopping and entertainment district.

The Nikon brand will now have signs at various suggested picture spots throughout the Disney parks. Photographers throughout the parks who take pictures for Disney's PhotoPass service will now use Nikon cameras and other accessories.

Nikon takes the role previously held by New York-based Eastman Kodak Co., which ended its partnership with the company last year. Kodak had been a sponsorship partner at Disneyland since the park’s 1955 opening. Kodak emerged from bankruptcy in September.