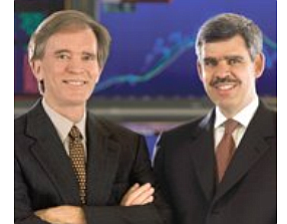 The parent of Newport Beach-based Pacific Investment Management Co. is replacing Pimco asset managers with its own advisers for a dozen or so bond funds that combine for about $6 billion in assets.

Pimco manages about $1.97 trillion worth of assets overall. Its signature Total Return Fund, managed by Gross, had about $248 billion in assets as of the end of October.

The latest change in lead management is part of Allianz’ initiatives to further distinguish itself and Pimco as two separate asset managers in the fixed-income market.

Allianz Global Investors announced a roster of funds that previously were branded as “Allianz-Pimco,” along with names of Allianz managers who will now oversee them.

The Allianz Pimco Euro Bond Total Return fund, for instance, had been managed by Andrew Balls, a managing director in Pimco’s London office, who also is head of the firm’s European investment team in London and Munich.

The fund will be rebranded as Allianz Euro Bond Fund and overseen by Paris-based Franck Dixmier, chief executive of Allianz Global Investors France.

Pimco has seen steady outflows from its bond funds throughout the year as investors largely pulled out of fixed-income funds with intermediate and longer-term maturity. Its Total Return Fund had an outflow of about $28.1 billion, a withdrawal rate of a little more than 10% during the first nine months this year.