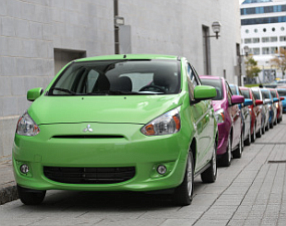 Automakers here and nationally bounced back last month from a weak September for vehicle sales.

The September drop came in part to a shift in Labor Day sales, some of which were accounted for in August.

Most automakers here came back from the declines last month.

The automaker is in the midst of rolling out its Mitsubishi Mirage subcompact car to U.S. auto dealers. This month’s numbers for Mitsubishi are expected to receive a boost from TV advertising that starts this month for the company’s Outlander and Outlander Sport crossover utility vehicles.

Vehicle sales nationally were up 10.6% for the month to 1.2 million, according to New Jersey-based Autodata Corp.’s Motor Intelligence.

The monthly performance put vehicle sales nationally on pace to reach about 15.2 million this year.