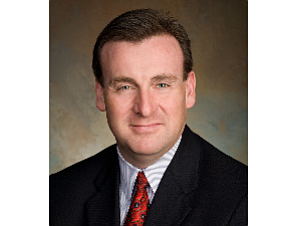 Shares of QLogic Corp. are down Monday in its first trading session following the resignation of Chief Executive Simon Biddiscombe.

Investors sent shares of the Aliso Viejo-based networking equipment maker down by more than 3.5% in early afternoon trading to a market value of about $870 million.

The resignation, announced after the close of trading Friday, came as a relative surprise to company watchers. Analysts said the company’s board pushed the move because board want someone with a stronger technology background to lead the company.

QLogic makes electronics, such as switches and adapter cards that speed up the flow of data on corporate storage networks.

It’s a longtime leader in the fibre-channel networking segment and is among a burgeoning group of companies competing in the emerging 10-gigabit Ethernet connection market for data centers.

QLogic’s board has appointed Chief Financial Officer Jean Hu, 49, to the top post on an interim basis.

She oversees all financial matters and will retain those responsibilities amid during the search for a permanent chief executive.

Biddiscombe was promoted from finance chief to the top post in November 2010.

He was just the third boss at QLogic since its 1994 spinoff from Costa Mesa-based Emulex Corp., now a rival.