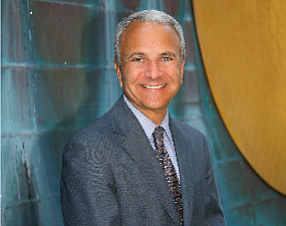 Chapman University President Jim Doti can add another skill to his resume: acting.

Doti earlier this week played a guest role in an episode of CBS daytime drama The Bold and the Beautiful.

His star turn came at the invitation of show producer Casey Kasprzyk, a Chapman graduate.

Kasprzyk started his career at CBS as an intern, an opportunity he got through Chapman, and has since been part of the Bold and the Beautiful’s three-time Emmy Award-winning production staff.

Doti, who had four lines, said the cast and crew nicknamed him "One-Take Doti."