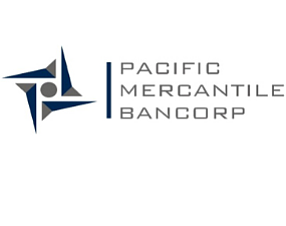 Costa Mesa-based Pacific Mercantile Bancorp reported a loss for the fourth quarter and a drop in profit for 2012.

The parent company of Pacific Mercantile Bank lost $882,000 in the latest quarter, compared with a profit of $7.9 million in the year-earlier period.

The swing was “primarily attributable to a $5.2 million … decrease in income tax benefits,” according to the bank.

Net interest income for the quarter ticked up about 1% to $7.9 million. The bank didn’t set aside provisions for potential loan losses in the quarter.

Taxes also played a role in a 17% dip in full-year profit, to $9.7 million, according to the bank.

Net interest income fell 8% to $31.3 million for the year, with a $2 million set-aside for provisions for loan losses accounting for the decline.

Noninterest income, including fees, more than tripled last year to $28.5 million. Mortgage banking revenue accounted for more than $25 million of the total, a 316% increase from a year earlier.

Pacific Mercantile is the fourth-largest bank in Orange County by assets, with $1.05 billion as of December.

Pacific Mercantile recently agreed to sell $15 million worth of common stock to private equity funds owned by Irvine-based financial advisory firm Carpenter & Co. in a bid to form a new subsidiary to manage the bank’s troubled assets. The subsidiary is expected to purchase, manage and dispose of the bank’s nonperforming loans and other distressed debt.

Pacific Mercantile had $36.3 million in total nonperforming assets as of December, down 30% from a year ago.