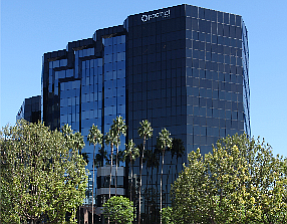 Irvine-based First PacTrust Bancorp Inc. posted a loss in the fourth quarter and a profit for the full year.

The quarterly loss was in part due to higher-than-usual expenses in connection with recent acquisitions, according to the company.

Net interest income for the quarter was $14.8 million, double its total a year earlier. The bank put aside $3.5 million against potential loan problems, down 15% year over year.

Noninterest income, including fees, was $16 million, compared with $499,000 in the year-ago quarter. About 90% of the latest quarter’s total came from the bank’s new mortgage division, Mission Hills Mortgage Bankers. The unit was added when First PacTrust acquired Cerritos-based Gateway Business Bank in August, following the July buy of Manhattan Beach-based Beach Business Bank.

PacTrust Bank is among the largest financial institutions in Orange County by assets—with $1.69 billion as of December—though it wasn’t featured in the latest Business Journal list of OC-based commercial banks because of its official status as a thrift institution at the time of reference for the list.

First PacTrust’s total assets reflected a 69% growth year over year. It expects to add another $700 million in assets when it completes a pending acquisition of Los Angeles-based Private Bank of California.

Net interest income for the year was $46.6 million, a 60% increase from a year prior.

Noninterest income jumped to $36.6 million from about $4.9 million over the year, primarily due to gains in mortgage banking revenues.